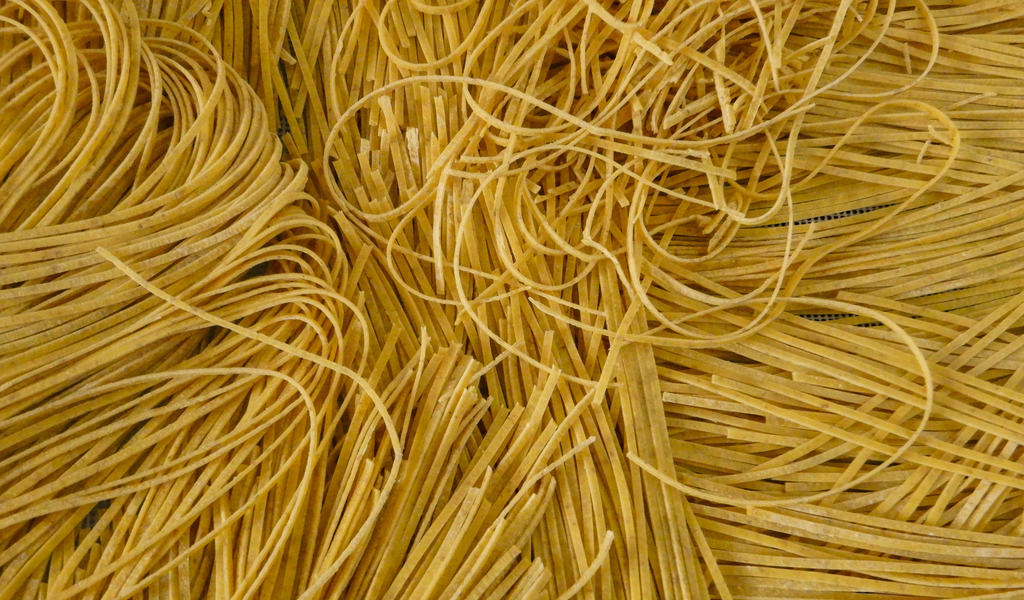 Tajarin are a fresh egg pasta typical of Piedmontese cuisine, especially of the Langhe; they are a sort of long tagliatelle, 4-5 millimetres wide and very fine (less than a millimetre), characterised by their deep golden yellow colour due to the use, in their preparation, of plenty of egg yolks – 30 per kilo of pasta as per tradition (but the quantity can vary depending on the area). They are mixed with meat sauces (typically roast meat) or with condiments based on butter, cheese, truffle, pancetta and red wine, Bra sausage and many more: condiments that Alfieri pasta makers make with passion, always respecting local culinary tradition.

The Origins of Tajarin

Tajarin – a delicacy that is a centrepiece of the Langhe cuisine, alongside agnolotti and agnolotti del plin, have ancient origins: indeed they were born in the farmsteads of the Langhe and Monferrato and have been widespread here since the 15th century, a period which the first accounts of this handmade pasta date back to. Invented as a typical holiday meal and as an “important dish”, and also thanks to the considerable quantity of yolks used in the dough, tajarin were originally flavoured with the “bedside table” sauce, based on lard, sage, rosemary and farmyard giblets, i.e. chicken or rabbit livers, combs, kidneys, hearts and other offal. In later times, they were seasoned with oil and anchovies or with butter and mushrooms, as reported in the book “La cuoca di buon gusto” in 1901.

Tajarin are also referred to in the 1967 collection “Piemontesi a tavola. Itinerario gastronomico da Novara alle Alpi ” by Massimo Alberini, in which the author narrates how they were one of the most popular first courses at the time of King Vittorio Emanuele II; indeed, it seems that the monarch himself was very fond of them and that he enjoyed them by eating them with a napkin tied behind his neck so as not to dirty his uniform.

But what are the ingredients for this tasty fresh pasta? Here you go: flour, egg yolks, a pinch of salt and a drizzle of oil. In the Ceresole d’Alba locality they are distinguished by the addition of corn flour (meliga) and are called tajarin di meliga. An oddity: there is an Argentine version of this pasta, and it’s called tallarines (“tallarines con tuco rápido”, that is, seasoned with quick sauce, are flavoured with onion, tomato and pepper).

Is your mouth watering and are you unable to resist temptation? Come and taste real Piedmontese cuisine products: you can find them in our shop in Magliano Alfieri, near Cuneo, where, in addition to tajarin, you will find agnolotti, gnocchi and other pasta prepared according to tradition, to go with the sauces you like. You will also find other delicacies such as the delicious traditional appetisers, world-famous Piedmontese desserts and much more: we are waiting for you to let you try the best of our regional cuisine. For any information: tel. 0173/66457, e-mail: info@alfierialimentari.com. 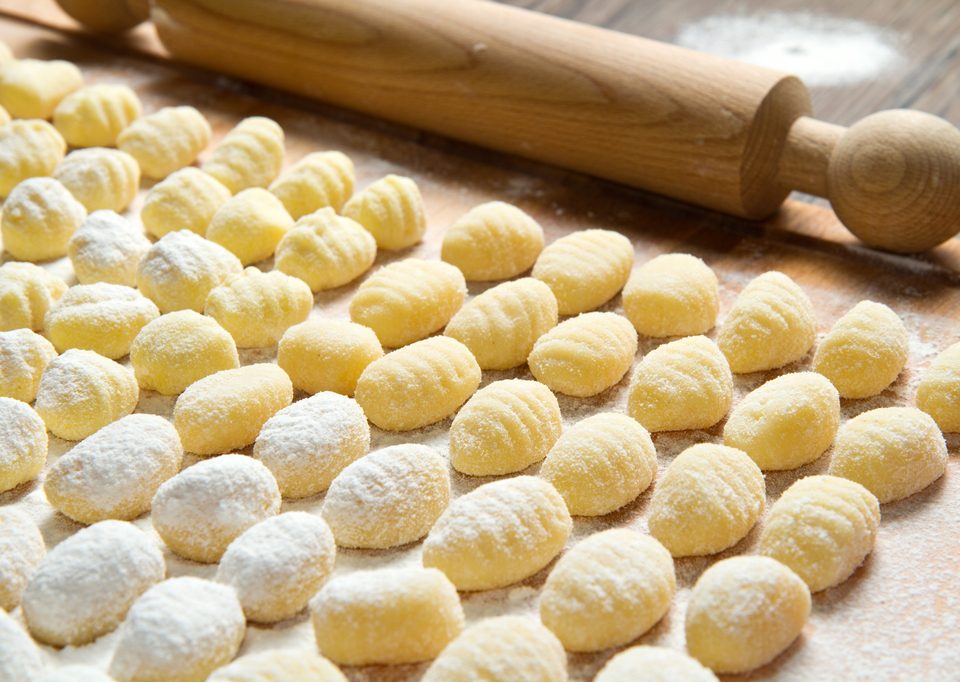 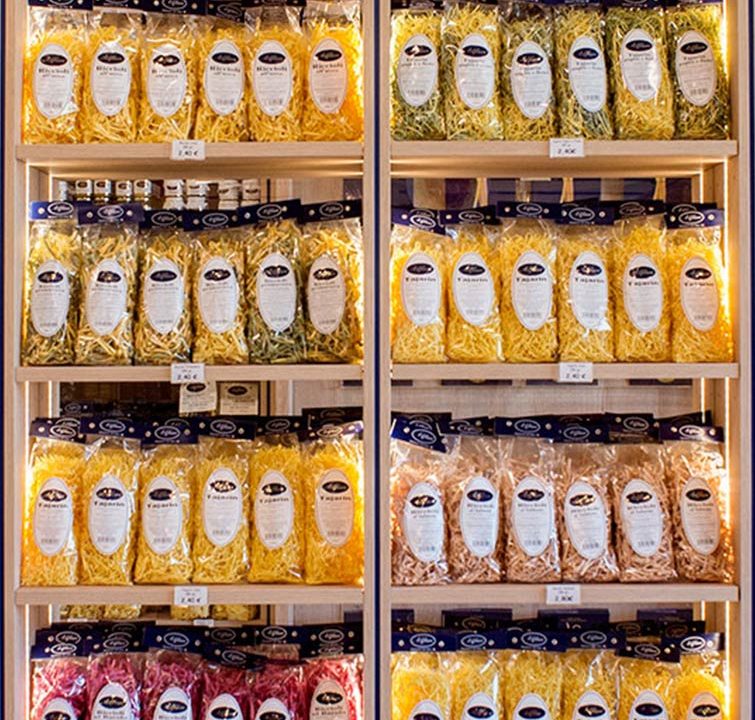